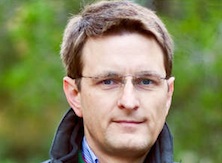 I am a freelance photographer in beautiful Tunisia with many images from trips to Europe, Africa and the Middle East. Please visit my website & webshop at http://www.munstermann.net for more images and info.

During the Tunisian Revolution of Dignity of January 2011, many cars of local car dealers who were connected and associated with the ex-President's family clan were publicly demolished and some burned. Later, many of these wrecks were brought to a field in Carthage-Byrsa. Last Sunday, 27th February, art and architecture students, joined by local residents, painted on the remains of these cars to express their joy about the revolution and hope for the future.

I dream of travel and when the opportunity to go to Cairo presented itself, I was all over it, even if it was only for a few days. I feel this was the preview to a much longer visit in the future. View This Gallery
To The Top
Close