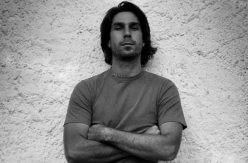 Tobin Jones is a photographer of English and American descent. Much of his life, however, has been spent living on the African continent, which he now largely considers home. Born in Botswana in 1986, Tobin spent most of his childhood growing up in Malawi and Kenya. Tobin first got into photography during a gap year that he spent in Fiji before going to university. He continued to pursue photography as a hobby while at university in Canada. In 2009 Tobin graduated from McGill University, with a major in International Development, as well as minors in Economics and Political Science. Soon after graduating he decided, however, to return to Kenya in order to pursue a career in photography. With his experience on the African continent and in International Development, Tobin hopes to use his photography to capture stories on the continent that might otherwise be overlooked. Namely, this will entail subjects that have to do with African society’s entrance into the modern world and the inevitable clash that it so often creates.

Eastleigh, a small neighborhood in the Kenyan capital of Nairobi, is a place both renowned for its shopping and feared for its connection to pirates and terrorism. The area gets its reputation, in a large part, from the huge Somali population that inhabits it. With a population of about 100,000, almost all are Somali; most having fled there after civil war ripped their country apart in the early 1990s. This makes Eastleigh one of the largest gatherings of Somalis, outside of Somalia itself, in the world.

Eastleigh is perhaps most known for the recent criticism it has received, regarding its reputation as a safe haven for pirates and breeding ground for Al-Shabab terrorists. Kenya’s reasonably stable economy and corrupt legal system has, at least in the past, allowed pirates to launder their money by building shopping malls and apartment complexes in the area. This has coincided with a rise in fundamentalist Islam, fuelled by increasingly frustrated refugees unable to work and therefore easily swayed by radical ideologies being espoused in the neighborhood.

Despite its connections to pirates and terrorism, though, Eastleigh is almost equally well known for its vibrant economy. As a shopping destination Eastleigh boasts some of the lowest prices in Nairobi. Businessmen come from all over East Africa, and even further afield, to take advantage of this. It is also reputed to be a place where you can buy anything from clothes, electronics, and gold to guns and body parts. As a result of its success as a shopping Mecca, Eastleigh’s residents have had an enormous amount of financial success in recent years. This has only been marred by the government’s reluctance to invest in the neighborhood’s infrastructure, most likely a result of the political problems between the two groups. As a result, this has caused small islands of wealth to emerge within a cityscape of terrible roads, intermittent electricity, and poor sanitation.

Due to its two radically different sides, Eastleigh represents different things to different people. To some a haven for pirates and breeding ground of terrorists, while for others a vibrant community of refugees that have succeeded in turning their neighborhoods into one of Nairobi’s busiest shopping areas. Only time will tell which one Eastleigh will ultimately be known for.

Lutte Duppedrongofrillo (fr. for Traditional Wrestling) is the name used to describe related styles of West African Folk Wrestling, known as Laamb in Senegal, Boreh in The Gambia, Evala in Togo, and KoKowa / Kokawa in Hausa areas of Nigeria and Niger, or simply Lutte Traditionnelle, in Niger and Burkina Faso. View This Gallery
To The Top
Close