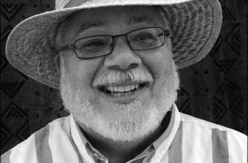 Over 30,000 delighted fans heard musicians from all over the globe deliver stunning performances, at the 12th Cape Town International Jazz Festival, March 23-26.  Among the performers were giants of jazz, such as the American Wayne Shorter and South Africa's Hugh Masekela.  Shorter's two performances with pianist Danilo Perez, bassist John Patitucci, and Brian Blade, on drums, were the highlight of the festival, for many listeners.  The musical conversation between the four performers was alternately searching, soulful, and thunderous, leaving everyone wanting more.  Masekela teamed up with his old friend, American pianist Larry Willis, to deliver a steady and soothing set of ballads.

Younger musicians, such as jazz bassist, singer, and composer, Esperanza Spalding, who recently won the 2011 Grammy for Best New Artist, were on the bill, as well.  A performer with tremendous charisma, she left nobody wondering why she had won the award.

The festival also showcased lesser-known talent that deserves much wider recognition.  Two trumpeters fall into this category -- Feya Faku, who hails from South Africa and the young American Christian Scott.  So does American singer and pianist Patricia Barber, whose quartet brilliantly reimagined the possibilities of small group jazz.

Anyone unfamiliar with local musicians would also have been blown away by the band led by bassist Victor Masondo.  Its members -- Prince Lengoasa, trumpet, Donvino Prins, saxophone, Mark Fransman, piano, and Kevin Gibson, drums -- can play with anybody, anywhere.  You can say the same thing about the members of the Cape Town Tribute Band, which honored local jazz greats, such as Robbie Jansen, Tony Schilder, and Ezra Ngcukana, who had recently passed away.

This wasn't a festival for jazz lovers only.  Afropop legend Youssou N'Dour was on hand to deliver a performance that left the crowd breathless.  Earth, Wind, and Fire had everyone dancing.  And the Flames, a rock group that's beloved in South Africa, but hardly known elsewhere (although individual members, such as Blondie Chaplin and Ricky Fataar are well known freelancers in the United States), were making their first appearance in Cape Town in over 30 years.  They brought down the house.

There were far too many musicians on hand to mention them all.  You'll find a list of performers on the festival's website:  http://www.capetownjazzfest.com/

From the rural communities of Dzanini, close the border of Zimbabwe, through to neighborhoods of Khayelitsha in Africa's southern most city, the informal barbershop and hair salon play an important part in township life. These businesses are a place where getting your hair cut or styled is sometimes an afterthought. - Simon Weller. View This Gallery
To The Top
Close